Watching TV series is a pastime that can make one travel through time and dream. To some extent, it is an open door on new spaces in which to dive and feel at home. Here are some of the latest small screen productions that we believe offer, in addition to a good dose of entertainment, new ideas to furnish the home. Enjoy the shows!

A dip in the chicest '50s New York: "The marvelous Mrs Maisel". No wonder this Amazon Prime series, now in its third season, has already won two Golden Globes. From the hilarious dialogues to the amazing wardrobe of the protagonist (Midge Maisel, a Jewish housewife who revolutionizes her life by becoming a comic), the quality of this TV production also depends on the accurate set design. If you have a penchant for '50s scenarios, let yourself be inspired by Midge's grand apartment on the Upper West Side: from the refined retro-style kitchen to the living rooms, where the mix of early 20th century furniture (chinoiserie screens, lacquered dressers) mixes with comfortable '50s sofas and armchairs: the final effect is pure luxury. 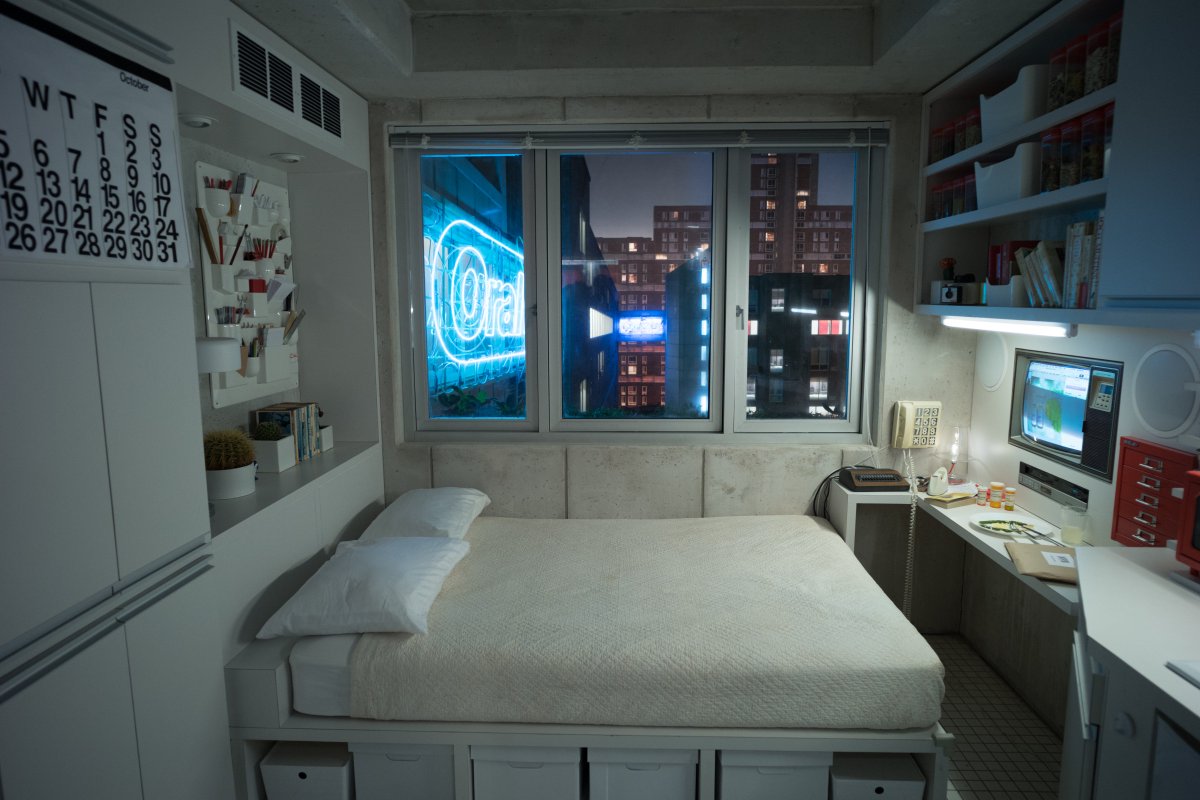 The retro-futuristic universe of "Maniac". A set design masterpiece, the Netflix series catapults the viewer into a strange futuristic New York, where two strangers meet at a pharmaceutical company during a drug trial. In this world there is no trace of our intangible technology, but the hardware has won: computers produce noises and shine with archaic keys and lights, the furnishings exhibit futuristic lines, and they are put in a new context in order to create the idea of a future set in the past. Emblematic of this mood is the micro-apartment of the protagonist Owen, located in a complex of brutalist style buildings in Roosvelt Island: the small space is a condensation of custom-made furniture incorporating a vintage television, telephone and stereo. Eye-catchers: the Uten.Silo objects holder by Dorothee Maurer-Becker, as well as the floor coverings in white square tiles, clearly inspired by the design of Superstudio and the post-modernist style of the '80s. 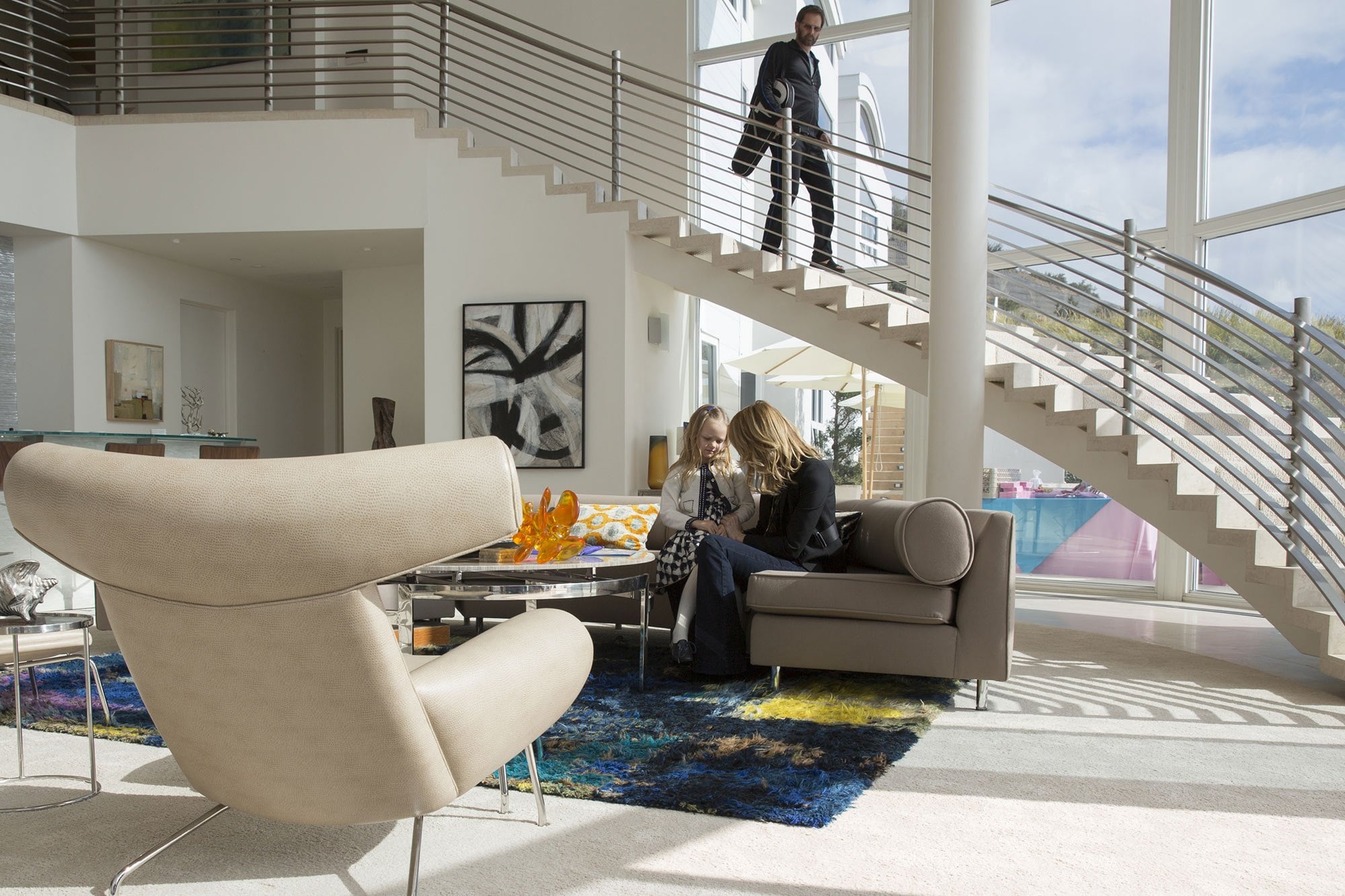 The sophistication of "Big Little Lies". The homes belonging to the heroines of the Sky series set in Monterey (California), display vintage and retro-inspired elements to highlight the different personalities of the protagonists, from the country to the bohemian style. However, architects’ and interior designers’ favourite seems to be the home of Renata Klein (a successful business woman played by Laura Dern). The heart of this 12 million glass house overlooking the ocean is the double-height living area; a theatrical staircase adds a sense of opulence to the environment, which is made more sophisticated by the presence of timeless design furniture, such as the "Ox" chair designed by Hans Wegner for Erik Jorgensen. 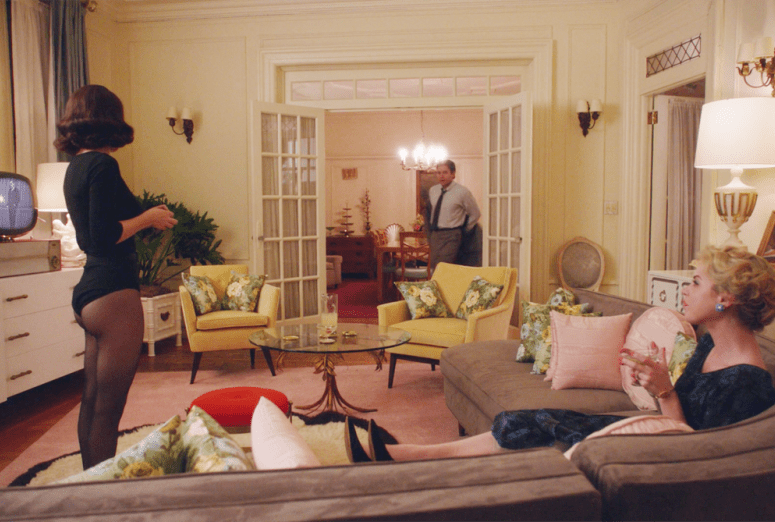 1970s Milan shines in "Made in Italy". The Italian mini TV series produced by Amazon Prime tells the beginnings of the great Italian fashion designers through the eye of a fashion magazine editorial office. Great importance is therefore given to the details of the sets, partly located in the elegant contexts of Villa Erba in Cernobbio (Como) and Villa Necchi in Milan. In these refined interiors, those who have a trained eye for vintage will be able to spot some cult pieces such as industrial-style table lamps, tubular steel chairs, vintage typewriters and cameras.

Vintage sideboard from the '50s

Brass Wall Mirror in the Shape of a Shield in the Style of Gio Ponti, Italy