The bed: a brief history | intOndo

Quintessence of rest, the bed is one of the most sought after furnishings in all its vintage versions, a unique piece that gives style and character to the whole interior design. This type of furniture has considerably evolved in modern times, as today the bed is no longer relegated to the wall and can well be placed in the center of open spaces and lofts, responding to the versatility required by contemporary design.

The concept of the bed has entered the art imaginery with ease: from the (unmade) bed made by British artist Tracy Emin, sold in the 90s for more than 2.5 million pounds, up to Rembrandt's bed evoking the intimacy of a couple, to the contemplative Hopper's scene in Morning Sun (in the picture), this furniture is interpreted by artists of all eras as the cradle of the most intimate human emotions.

From a practical point of view, it is certainly during the 20th century that bed types took on very different shapes and materials depending on human needs and the evolution of technologies. For example, among the most beloved designer beds that have entered the history of design for their technological and typological innovations, the Nathalie designed by Vico Magistretti in 1978 stands out, being a best seller of the Flou brand which has the side bows that hold taut the soft padding of the head.

We like the idea of ​​the vintage bed that it inspires the decor of a room; and in fact, since ancient times, albeit in a different way, the bed really played a very important role in the home, so much so that it served as a real status symbol. In the Western world, the raised bed with the mattress is the most popular, even if, having survived thousands of years of history for its practicality, the futon is now a big hit among lovers of Japanese culture and beyond.

After all, the bed is a reflection of habits that establishes an interesting connection from antiquity to the present: think of the Viking beds, which already demonstrated a penchant for minimalist Scandinavian design with their simple wooden slatted beds that could easily be loaded onto their ships for their long voyages.

But what is the oldest bed in the world? Discovered in KwaZulu-Natal, South Africa, it dates back, according to National Geographic, to 77,000 years ago, and was nothing more than a set of layers of plant material collected in mats, which were periodically burned to eliminate parasites. Studies carried out on prehistoric man show that during the act of hunting he used piles of leaves or grass piled in a furrow in the ground as a temporary bed.

It was only at the time of the ancient Egyptians (from 3000 to 1000 BC) that, among the incredible inventions and technologies born from this extraordinary civilization, the raised bed was born, with legs and slats on which to place the mattress. Why raised? To keep isolated from the cold ground and prevent nocturnal animals from reaching it.

The Egyptian bed often featured legs in the shape of an animal paw, a feature nowadays back into fashion in modern furniture. The styles varied according to social status, from the most essential made of simple wood to the ebony beds covered with gold and jewels. On the platform made of wooden slats and woven rope, wool cushions were placed, the ancient versions of today's mattress.

It is undeniable that between the Middle Ages and the Renaissance, the bed strongly represented the position in the life of those who owned it, acting in all respects as a staus symbol. The finest beds were, in addition to being carved and decorated with gold and precious stones, particularly high, so much so that a stool could be needed to reach the mattress. During the Middle Ages, the four-poster bed was born, closed by heavy curtains that sheltered from the cold, drafts and insects, articulated on a mat of feathers and dressed in linen sheets.

In the 17th century, the four-posted abandoned its pure function of creating a protective alcove to fully fit into the style of the surrounding environment, thus assuming a highly ornamental role. At the end of the 18th century, for example, with the explosion of Neoclassicism, the bed took on an austere appearance, being generally made of wood decorated with brass applications. The boom of the iron bed happened in the 19th century with the advent of Art Nouveau, a movement that widely promoted iron which, in addition to aesthetics, also implies hygiene, precisely because the nets were also made in metal and easy cleaning. 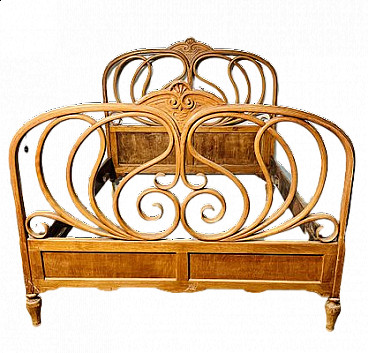 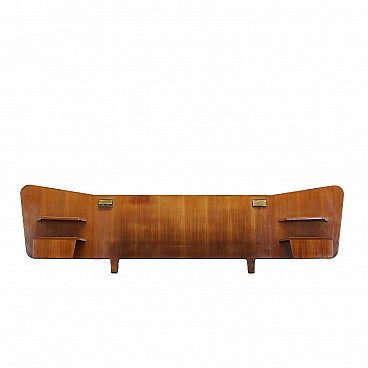 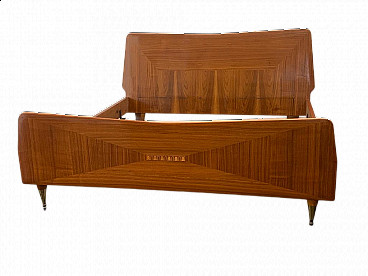 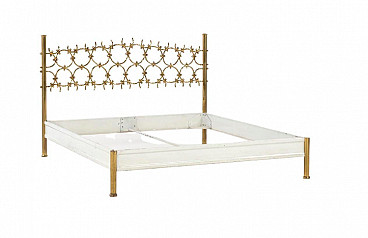 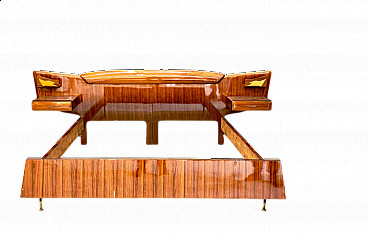 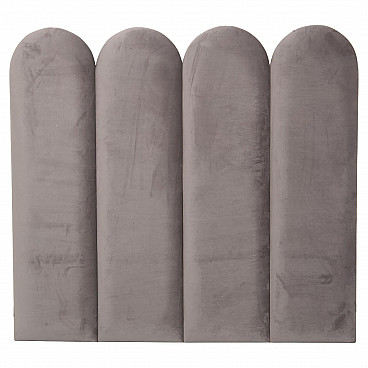