Three-drawer dresser. The first lower drawer underneath the top follows the pattern of the bands with gilt-edged reserves, the other two drawers have two marquetry reserves like those on the sides and a central reserve with the veneer arranged in a radial pattern. The four protruding pilasters, of which the two frontal ones are at 45 degrees, have reserves in bois de rose contained in small frames that also mark the drawers. The woods used for the inlays are rosewood for the dark part, bois de rose, walnut and maple for the purfling and the two drawer openings. The slender feet, turned in solid walnut, also contain inlays. The interiors of the drawers are made by a cabinetmaker, choosing and marrying the walnut boards and with small dovetail joints arranged at 45 degrees to the bottom. The top is made of selected bardiglio marble. Restored product. Provenance: Turin, Piedmont. 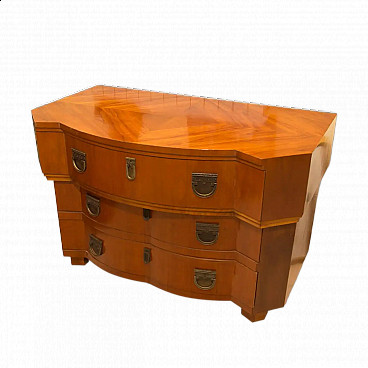 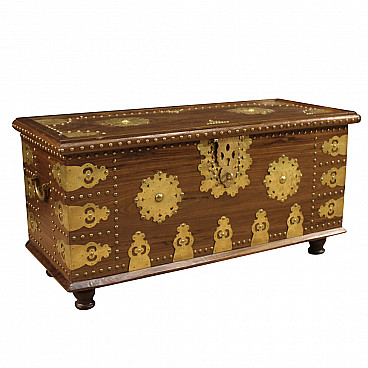 Indian chest made of wood and gilded metal 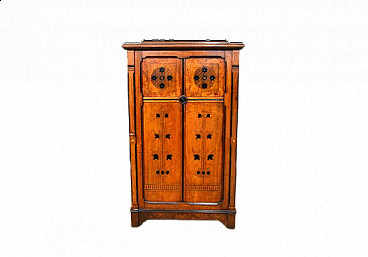 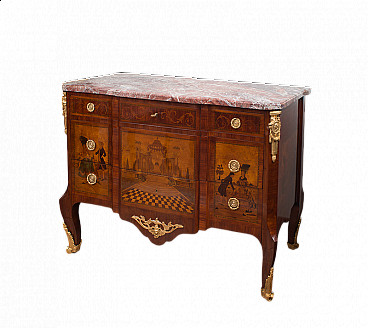 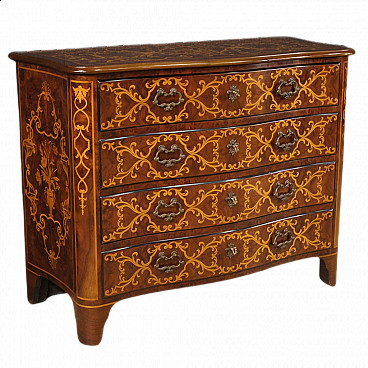 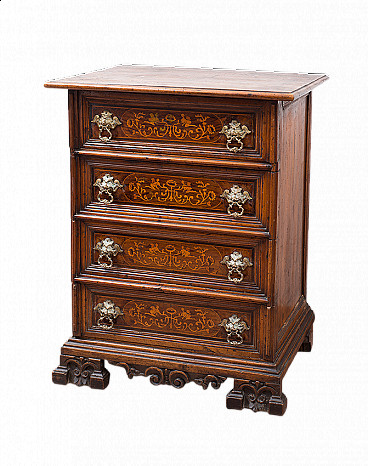 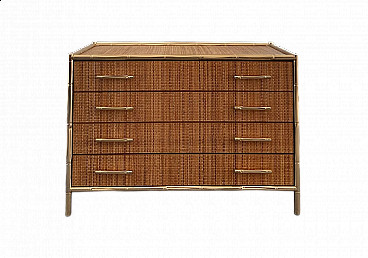 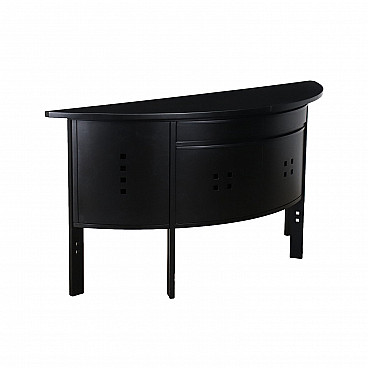 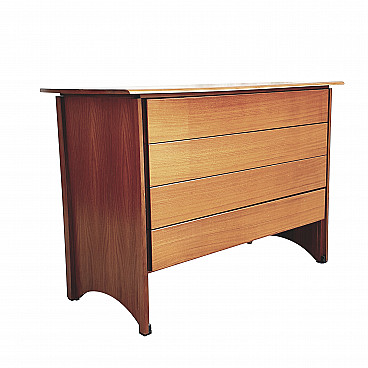 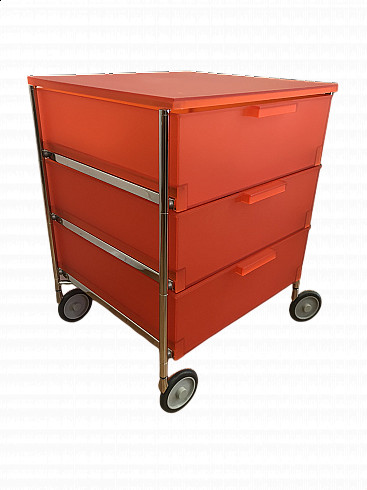 Plastic and steel chest of drawers with wheels by Kartell, 80s

Diamante chest of drawers in walnut by Luciano Frigerio, 70s