Ernesto Lapadula's armchair from the Italian Art Deco period produced in 1930. The armchair can also be classified as belonging to the Italian Rationalist period (an architectural current that developed in Italy in the 1920s and 1930s in connection with the International Modern Movement, following the principles of functionalism, continuing in various fringes until the 1970s). Ernesto Lapadula's armchair has a walnut frame and purple velvet upholstery. The seat comes from Lapadula's private home. The armchair is attributed to the designer by Bruno Filippo Lapadula, head of the Lapadula archive in Rome. The armchair by Ernesto Lapdaula has slight scratches in the wood because it is original of the time, while the fabric of the seat and back has been replaced and reupholstered in fine purple velvet. Excellent overall condition. Ernesto Lapadula, a great architect of the Italian Rationalist period who joined the MIAR in 1928. Also known as a cartoonist and illustrator and in his later years as a journalist. His projects and creations are still preserved in his studio in Rome and have been declared of "relevant historical value" and therefore confirmed as cultural heritage. 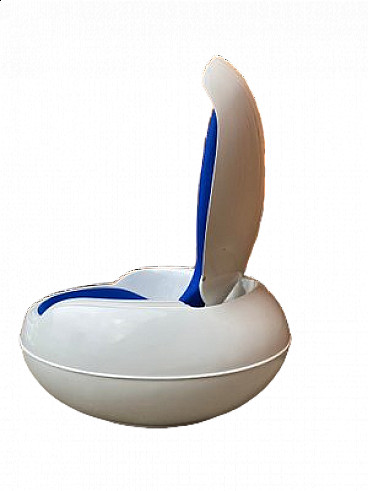 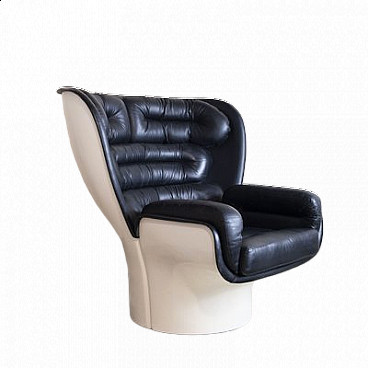 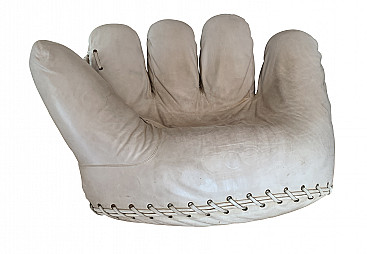 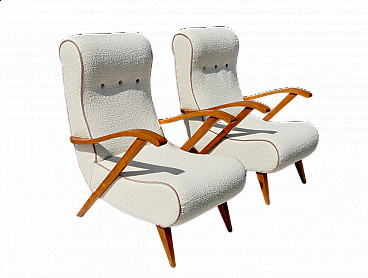 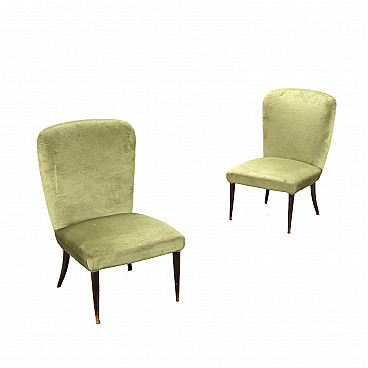 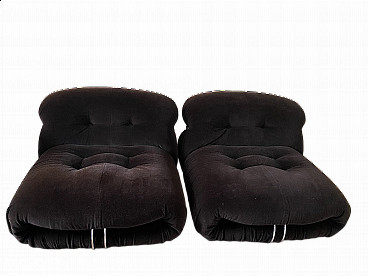 Pair of Soriana armchairs by Scarpa for Cassina, 1970s 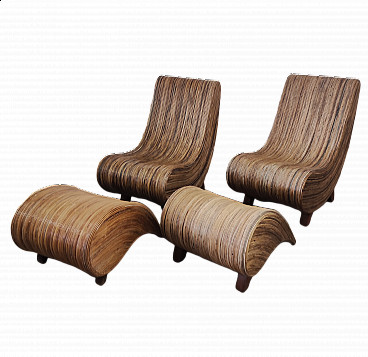 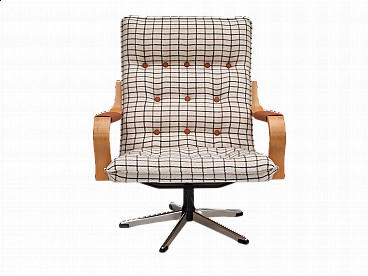 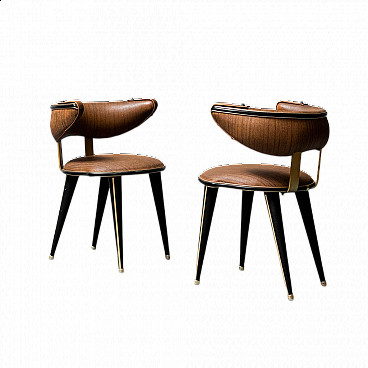