Opting for a vintage piece of furniture is a sustainable choice, lately influenced by a type of aesthetic that evokes nature: in fact, aren't natural materials and ergonomic shapes enveloping, almost reassuring? Why is organic design back in vogue, and what factors make it unique?

«Everything you can imagine, nature has already created it» claimed Albert Einstein, testifying to the boundless fascination that nature exerts on the manly eye and mind. In the fields of engineering, architecture and design, this attraction has given rise to an interesting phenomenon: attempts to replicate or evoke the fluid shapes of the plant and animal world have almost always spurred the evolution of innovative techniques and sophisticated technologies.

Design history of the 20th century bears witness to this: from Vienna to Germany with Thonet's bentwood, up to northern Europe with the diffusion of Alvar Aalto's ergonomic furniture, from Charles Eames's plywood experiments for Herman Miller, up to made in Italy design and its flagships, such as the curved cane armchairs produced by Bonacina. And then designers such as Wendell Castle, who have taken bending wood possibilities to extremes, creating pieces with almost no boundary between sculpture and design. Experimentation after experimentation, the goal was to create objects that exhibit «structure, material and function in perfect harmony, just like in nature».
These words were pronounced by curator Eliot Noyes, who was perhaps the first coiner of the expression "organic" combined with the word "design" when listing, in 1940, the requirements to participate in a competition for furniture designers held at MoMA. The competition generated such unique and innovative furniture, lamps and fabrics, that the following year it was natural for the museum to exhibit them in a large show: “Organic Design in Home Furnishings”, curated by Noyes. The first prize had been won by the Organic Chair, born from a cooperation between Charles Eames and Eero Saarinen; on display were, among others, Alvar Aalto with his Paimio armchair, and Marcel Breuer with the B3 chair.
Choosing an organic vintage piece of furniture encourages the circular economy while catching the eye: characterized by no edges and rounded corners, these pieces can convey a restful effect to the environment; when featuring a material texture, or following a continuous line as in Antoni Gaudì's architecture, their impact is sensual, whimsical and  dynamic at the same time. If a psychological implication was to be made about the success of organic design, one could deduce that surrounding ourselves with shapes that recall nature reflects a desire to find our primordial nature in organic objects.
Regardless of the pieces' age, intOndo's "Organic" furniture category, located within the Styles - Trend sections, displays objects made of natural materials (wood, rattan, bamboo), next to furnishings showing a sinuous line, and pieces that faithfully reproduce a natural element: lamps in the shape of leaves and mushrooms, sofas with plant shaped backs, textiles patterns inspired by artist Alexander Calder's organic compositions. And many other stories.
By mentioning architect Gaudì and the organic style of his buildings, a thought goes to the organic architecture movement, which reached its peak in the first half of the 20th century, through other great architects such as the American Frank Lloyd Wright. To synthesize organic aesthetic in a place, we choose an image of the Finnish pavilion at the 1939 New York World's Fair (in the picture), projected by Alvar Aalto as a real gesamtkunstwerk: a total work of art that the designer liked to define an "organic exhibition", structured on a single wavy line: simple, but extremely powerful. The pavilion was of course dismantled after the exhibition but, pay attention to it ... and you'll see that its sinuous shapes are still alive among Aalto's glass vases produced for Karhula-littala: these are organic design true icons, which remind us of a fundamental aspect of this current: ergonomics should never compromise the object's functionality. In fact, it should enhance it.

Drawing for fabric by Aldo Bergolli for JSA, 1950s 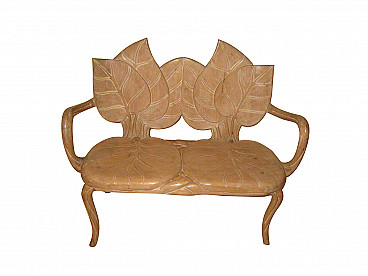 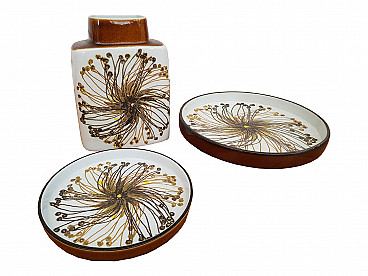 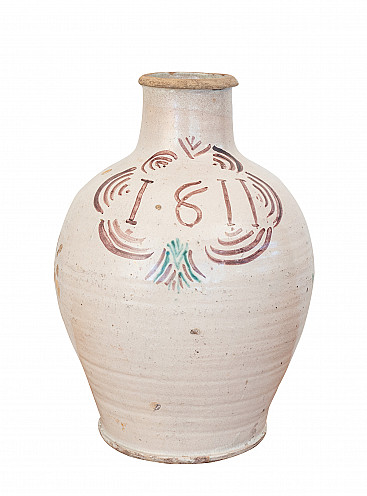