Contrary to what one might think, Emperor Napoleon the I was in office for a rather limited period of time, from 1804 to 1815; yet his influence on the Western world was far-reaching and still lives on today. His lifestyle, which spread through his controversial military missions, had an influence that ranged from military tactics, politics, law (as attested by the Napoleonic Code), architecture, but also, and above all, decorative arts and furniture. The year 2021 marks the bicentenary of the Emperor's death during his exile on the island of Saint Helena, and reminds us not only of the greatness of this character but also of the successes of the style he favored, the Empire style.

Covering a large part of Neoclassicism, the Empire style sanctioned the return of the ancient classical style as the model of choice throughout the 19th century. As a matter of fact, this return to the classicism of the ancient Greeks and Romans began to spread at the end of the reign of Louis XVI (1774- 1792), even before Napoleon’s career, continuing its path in the next century according to various declinations until the time of Louis Philippe, the last king of the Bourbon dynasty (1830-1848) and finally with further changes until Napoleon III (1808-1873).

Even today, in the modern home, Empire furniture finds its rightful place: it is no longer displayed in pompous and crowded interiors but used according to the much more minimalistic approach of the contemporary era. Bright frames carved with laurel and mighty mirrors are the perfect objects to enhance an empty or rustic wall; the solid columns of secretaires and desks are excellent solutions for the highly desirable home office; and ornaments inspired by ancient Egypt give the right exotic touch to the most charming corners of the house. The versatility of these items makes Empire style furniture very successful among those interior designers that want to give the right classic accent to a well-curated home.

Let’s see together how we recognize an original Empire style piece of furniture and especially those that Napoleone favored. Heads up for forms of sphinxes, caryatids, winged lions, heraldic swans, harps and griffins, all ornaments belonging to the golden age of the Emperor. To spot the most valuable furniture from this era start by looking at the feet, which were usually carved in the shape of eagle claw or lion paw feet and featured side columns with marble tops. Bedroom sets were also very popular during the Napoleonic era: named "boat" beds, these items had straight or shaped side headboards and surmounted by imposing canopies. Most of the time these beds were combined with solid nightstand tables with geometric shapes made of contrasting woods.

And if we have to choose an element that perfectly characterizes the style and the actions of Emperor Napoleon, perhaps this would be the "Psyche", the often imposing tilting framed mirror that is mounted on two lateral pins which allow the figure that is mirrored to capture different parts of his or her reflection. In short, this is how we think one should look at the figure of Napoleon’s career, always from different angles. 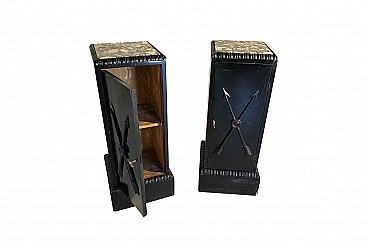 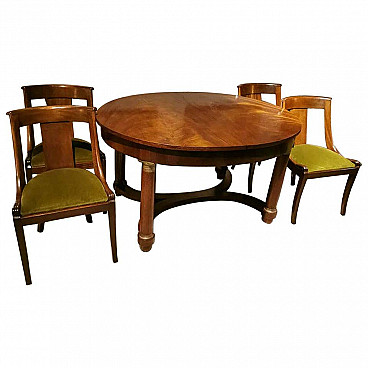 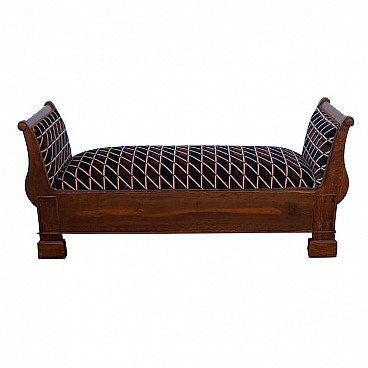 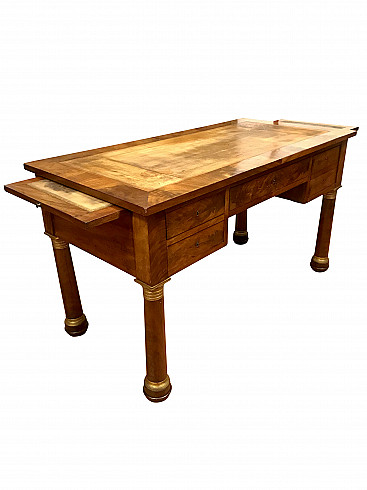