Wall equipped units can incorporate hangers, shelves, and mirrors: assiduously sought-after in flea markets and vintage shops, this type of furniture is trendy in the way it connotes a corner of the house, “dressing it up” and making it multifunctional while at the same time helping to quickly rearrange the space.

When we think about it, the idea of ​​dressing a wall for a functional purpose has ancient roots: let's think for example of the use of tapestries, elements that perfectly combine craftsmanship — a real form of art — with the practicality of isolating the walls from the cold weather, and with the possibility of being transportable from dwelling to dwelling.

In contemporary home décor, vintage carpets and tapestries return to decorate interior walls, telling something more about our personality than a  randomly colored wall or a painting that we are not so sure about and offering a real scenographic background that enhances the pieces of furniture we want to place next to them: above a fireplace, behind a sofa or as a headboard. Why not looking for a Suzani embroidery then? A type of Islamic embroidery typical of Central Asia, Suzanis with their silk thread circular and floral motifs embroidered on a cotton base are extremely trendy now.

Coming back to vintage wall units, they were born as bourgeois pieces. The invention of this type of furniture and its diffusion in Italy in the 50s is attributed to Gio Ponti, who designed many wall units for his clients, and who used to call them organized walls: for him, they represented the new frontiers of modernity in the home decoration. Initially intended for office activities, his panels soon began featuring lights and bookshelves, as well as electrical sockets for the telephone.

A sort of "machine" originally thought for the bedroom and the study, the wall unit is today suitable for all environments, evolving into its subsequent modular versions, often culminating in real modular bookcases that show off display panels or secret desks that can be pulled out if necessary. This is the case of the Swedish models that spread like wildfire in Europe from the 50s onwards, such as the Danish brand Royal System bookcases, designed by interior designer Poul Cadovius.

A vintage wall unit in the home represents a distinctive piece that is easy to combine with the environment as well as a sustainable choice: it will certainly be a catalyzing element and could inspire the color of a room or the furnishings we want to match to it; but it will easily adapt, even to the most minimal décor, precisely because it is a piece that since its invention outlined modernity, efficiency, functionality, and beauty.

But to organize a wall, one doesn't necessarily need a large panel: let's think of the iconic Uten.Silo panel, signed by Dorothee Becker in 1969 for Vitra: one of the most imitated objects in contemporary design, one could also leave it empty and think of it as a sculpture, since its compartments are a balanced composition of shapes and volumes. Black, white and red, it embellishes the wall and serves a great helper to quickly tidying up objects: from the bathroom to the kitchen, from the children's room to the office. 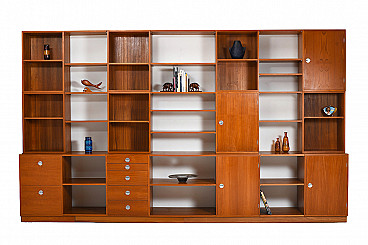 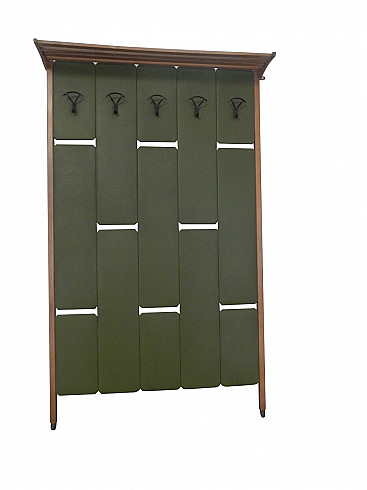 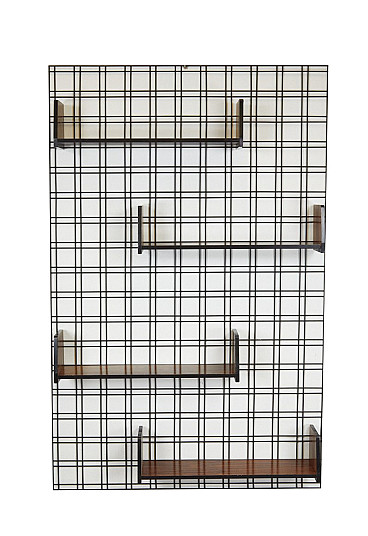