Going with the flow with vintage | intOndo

«A change of perspective. Fashion is imagined in the studio and created in the atelier, but it is on the streetS that it becomes alive and real, meeting the imperfection of existence, day after day, illuminated by the unique identity of the wearer»: these were the premises behind the late Spring-Summer Valentino show, a catwalk illuminated by the combination of very bright colors and warmer tones, recalling the shades of the earth and a lush vegetation. From fashion to interior magazines, from the vintage market to cinema — worlds that are interconnected by an unstoppable dialogue like never before —, next season's interior design trends make their way.

If next summer is going for the grandeur of puffed skirts evoking fairy tales, the baroque, vibrant colors and material textures, we find a same opulence in interior design, thanks to upholstered walls and floral patterns, an evocation of the scenarios of the 17th and 18th century, cleverly readjusted to the current context: as if vintage were not just placing period objects in spaces, but a way of thinking, of feeling, an exercise of the mind to evoke the past through personalization.
The vintage element, from any era or origin or style is already a trend in itself, if we know how to bring it closer to the present context. We remarked this with archival fabrics, again sought after by interior designers and enthusiasts, so that that wall or that armchair covered with a certain fabric belongs only to us and represents our personality, our feeling of the moment.

To help the imagination comes the big screen with its most recent movies, which have shown extreme care and attention in the creation of period interiors, but reconstructed by set designers with a fresh eye and always innovative details. As Fiona Crumble, set designer of the award-winning film The Favourite, explains in an interview with Dezeen magazine, «The film is set in the 18th century, but without the need to accurately replicate the furnishings of the time; we found our own language on how to represent history, rather than necessarily representing an accurate depiction of Queen Anne's style. "

Once the language is found, the way is clear. What is certain is that compared to minimalism one "gives in" to decoration, without slipping into the so-called horror vacui, of course — but opting for that detail, even complex or showing an intricate pattern, such as the vegetable and animal-themed wallpaper, which he brings a touch of character in the environment. In this sense, the damask patterns for the upholstery are also making a comeback, an elegant background for contemporary furnishings also with a minimal taste, and the Chintz patterns for blankets, bedspreads and curtains, designs that speak of the Orient and journeys undertaken in our past, opening the space for the objects we brought home from faraway destinations, from a Kilim rug to a Japanese ceramic vase.

From vintage ceramics to raw material: fragments of stone that turn into paperweights, and what about ostrich eggs that are back in fashion as decorative elements? Mineral and animal elements peek out from ancient Wunderkammers, bringing a message of life into the furnishings, perhaps responding to a desire to feel more symbiotic with the nature that surrounds us. Peering through the previews of the Salone del Mobile-Milan Design Week that is just around the corner, it emerges how young designers are listening to nature, studying the raw materials to mix them with avant-garde technologies. Recycling, recovery and sustainability remain at the center of the process, so much so that the latest technologies reuse waste materials from stone processing in order to create new assemblies that will constitute new objects.

Underlining the material quality of the décor are also the shades proposed interior designers: the palettes of brown and terracotta tones seem to re-emerge, not only on the walls but also with mats and jute elements, new or vintage; then there is the anthracite gray combined with the colors of the sofas, of the cushions which are on the other hand bright like lemon yellow, fuchsia, emerald green.... and here come again next summer fashion collections!

Well-studied color combinations are enriched by furniture that confirms the desire to feel embraced by the atmosphere of our home: rounded lines, full and harmonious volumes, organic silhouettes where the boundary between art and design often disappears: «art should become one with everything that surrounds it» used to repeat Japanese designer Isamu Nogouchi, author in 1944 of the iconic Coffee Table in wood and glass later produced by Vitra. Perhaps an extreme statement but well describing of this type of approach to vintage design.

Pair of armchairs by Gustavo Pulitzer and Giorgio Lacht in wood and green velvet, 1930s 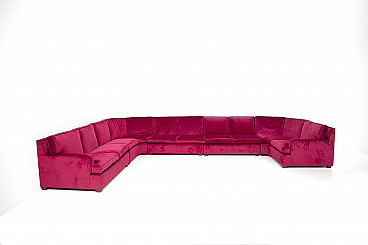 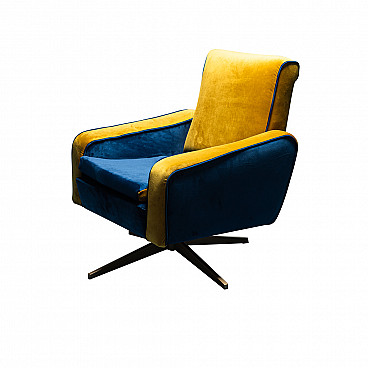 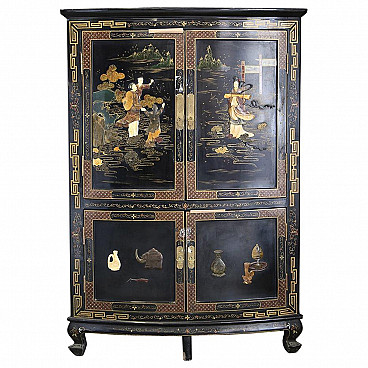 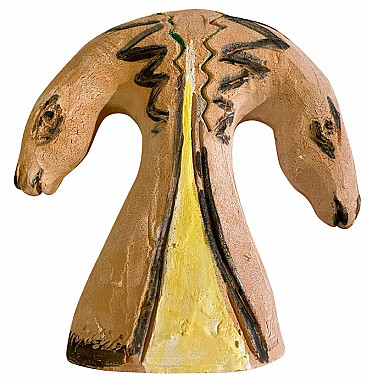 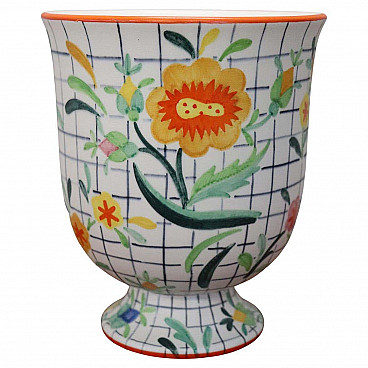 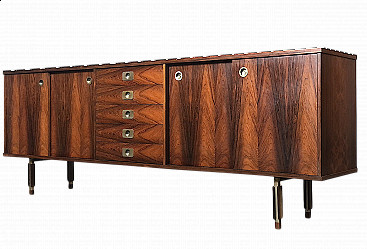