Make an offer
Seller from Perugia, Italy
Follow this seller

Important and rare neo-Gothic apothecary's cabinet from central Italy, made entirely of poplar wood and decorated with creamy white lacquer and imitation marble, with a central passageway. The construction of the piece of furniture can be dated to the second half of the 19th century, a period when neo-Gothic stylistic influences were introduced in Italy (later than in other countries). The bookcase has 4 large compartments, each of which has two glass doors in the form of a pointed arch with a poly-lobed frame, which are interwoven with other decorative upper arches; in the centre of the interwoven arches is a repeating pattern of black lacquer quadrilobes. Another compartment is the central one, which also has two smaller glass doors. In addition, the bookcase has 8 doors in the lower part, decorated in imitation wood. The total dimensions of the bookcase are 428 cm x 283 cm high. The dimensions of the central passage are 187 cm x 70 wide (to which, it is possible to attach a door, given the presence of hinges). The depth is 38 for the lower part and 28 for the upper part. We would also like to inform you that the ceramics displayed inside the pharmacy are for sale and for any information on this please do not hesitate to contact us. The bookcase - pharmacy has a certificate of guarantee of authenticity. 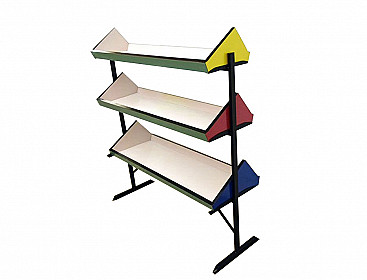 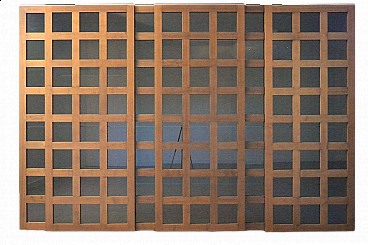 BL65 bookcase in rosewood and glass by Zanuso for Poggi, 1960s 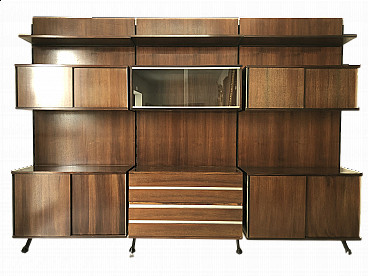 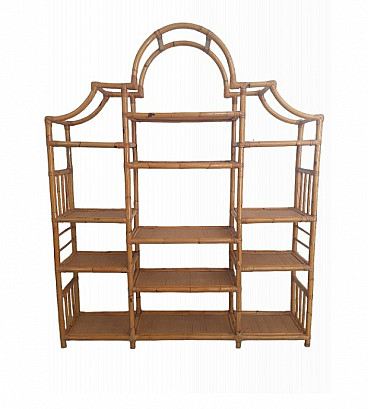 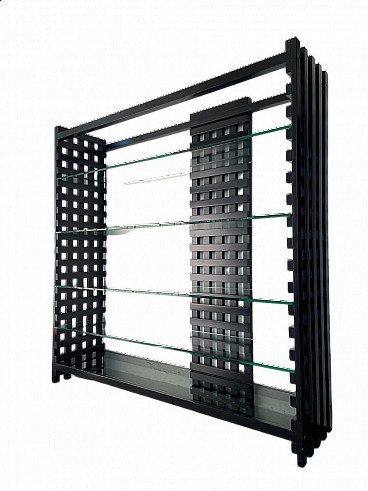 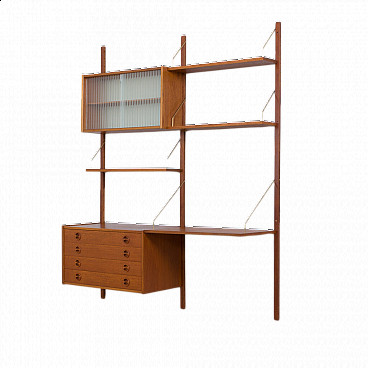 Modular teak wall shelf with desk in the style of Cadovius, 1960s 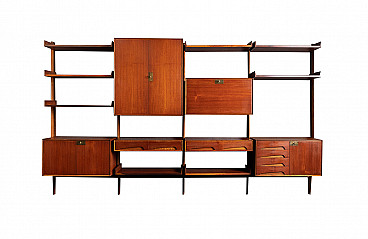 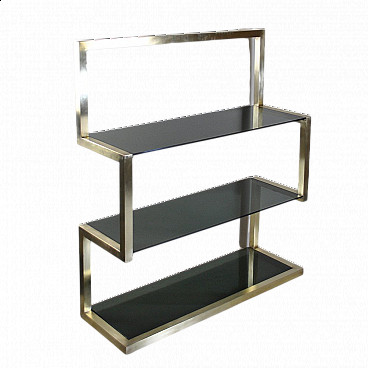 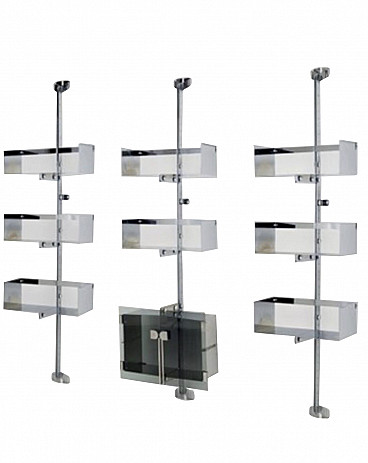 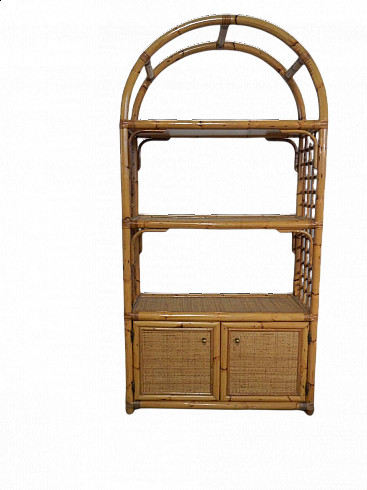 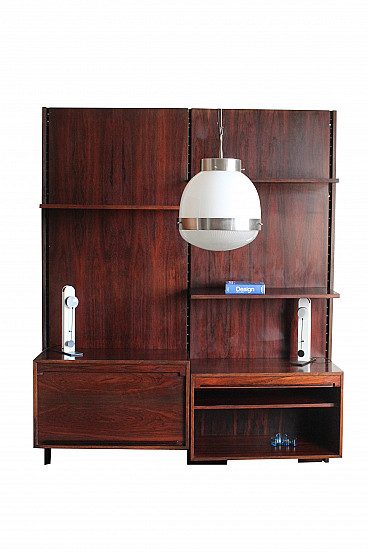 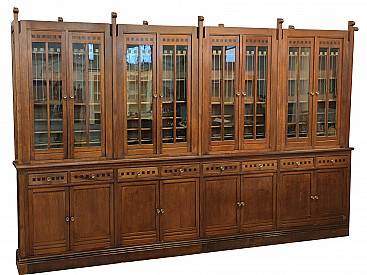