Pair of Restoration style bedside tables. One of them is antique, dating from the second quarter of the 19th century; the other one was made in imitation style of the first one in the early 20th century. The first one, which has undergone modifications, is veneered in feather mahogany; the second one is veneered in mahogany. Both have a black marble top, a drawer, a door and feet with casters. Later they were enriched with gilded bronze elements. The insides are in poplar, oak and walnut. 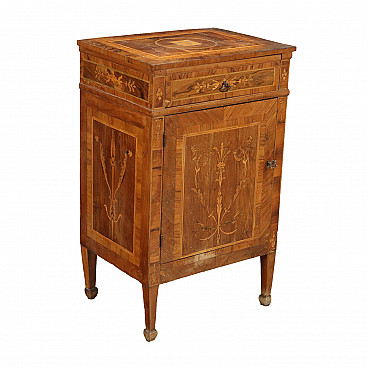 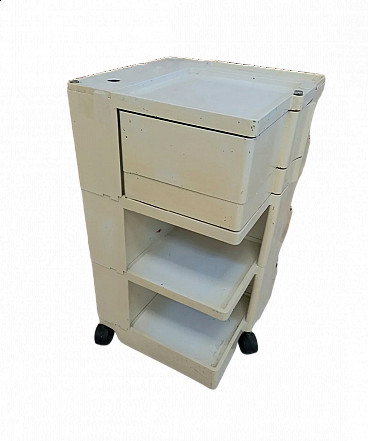 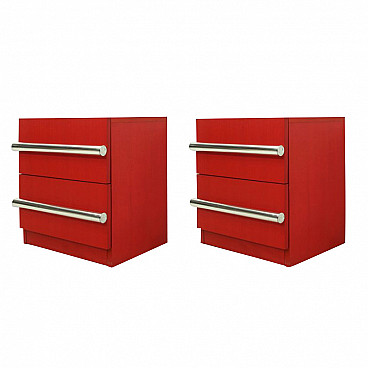 Pair of chest of drawers in wood and chromed metal, 70s 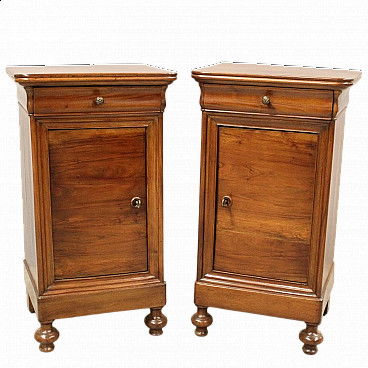 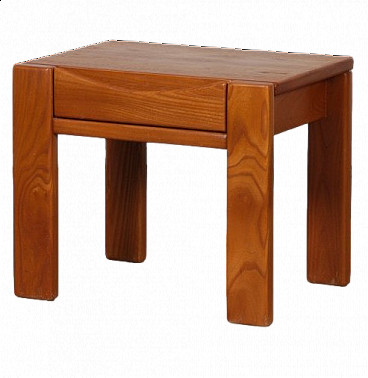 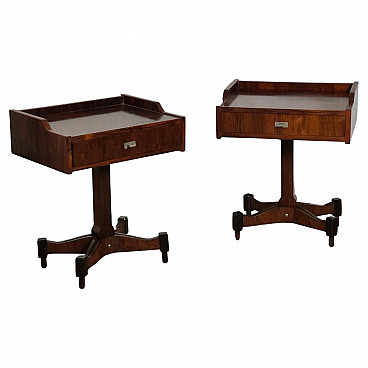 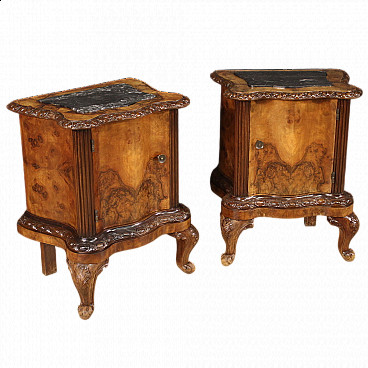 Pair of bedside tables in moulded and curved wood with marble top, 1950s 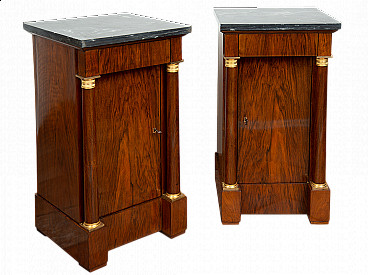 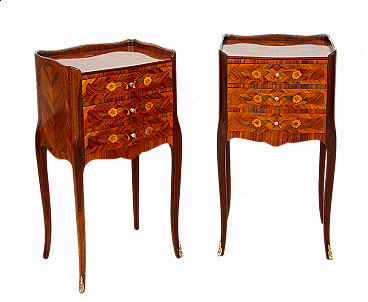 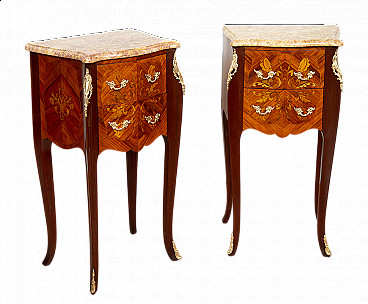